Skip to content
Previous Next
Affordable Housing for Ex-Offenders

It’s no secret that finding affordable housing, especially in growing cities such as Denver, can be difficult; but imagine trying to find a safe, affordable place to live after leaving prison. There are very few options for ex-offenders looking to get their life back on track.

In November, Housing Colorado organized a great panel on this topic. Panelists included Mike Anderson from Just Another Guy, Amanda DeHerra and Leslie Ogden from FOCUS Re-entry, Erin Medina from Bridging the Gap, Deb Winas and Jennifer Vaugh-Reali from Inside/Out, and Carol Peeples from the Colorado Criminal Justice Reform Coalition.

With incarceration rates and the other associated costs constantly rising, many organizations are looking for solutions to keep people out of prison and improve support systems to integrate them as productive members of society.

Definition: Recidivism – the tendency of a convicted criminal to reoffend

Here are some of the stats:

The budget increases reflect the huge costs to house and manage prisoners, pay for correction officers, and support a wide range of correction activity programs. Here is a quick breakdown from Mother Jones on how the budget is divided. While these programs are important, it is telling that in Colorado more taxpayers’ dollars go towards prisons than supporting higher education.

The cost associated with housing and managing prisoners will continue to increase if we can’t find ways to keep ex-offenders out of jail once they are released. Many of these people are more than capable of being contributors to society. Of the 191,757 offenders in custody as of September 30, 2010, approximately 39% of those offenders were subject to mandatory minimum penalties at sentencing. Of those sentenced to mandatory minimums, 32% had little or no criminal records.

As stated above, with recidivism rates at 49% and many Colorado parolees back in prison within 8 months, identifying ways to support the successful re-entry of rehabilitated ex-offenders is critical to keeping them out of prison and integrated back into society in meaningful ways.

For many, once they are released from jail they have no money, nowhere to stay, and no job. As they struggle to find transportation, shelter, food, and other basic needs, the first hours after leaving prison can be the hardest, and most vulnerable. These first few hours are just one tiny component of the reentry process which, for some, never ends. Reentry encompasses everything from education and counseling while in prison, to the lifelong hurdles of finding housing and employment after release. This is what panelist, Amanda DeHerra and Leslie Ogden, talked about.

Programs That Are Making a Difference in Colorado

FOCUS Re-entry is an organization that works with prisoners while they are still in prison to continue to help them with their reentry once they leave. Based in Boulder, mentors are assigned to serve as a bridge in the transition back into society. Those participating in the program have a dramatically lessened rate of recidivism by the mentors addressing cognitive-behavioral changes, enhancing motivation, using positive reinforcement, and encouraging ongoing support in natural communities. The mentees are able to see and model positive social reintegration within the family, workplace and community. A third party study shows that in fact FOCUS program participants show a 17% recidivism rate, as opposed to the 49% previously mentioned.

Organizations like the ones that participated in the Housing Colorado panel are working with prisons, and ex-felons, to find ways to decrease the rate of recidivism. Inside/Out is another one of these organizations that works with prisoners. They provide manageable rent, $450 monthly, and help them with their reentry, by ensuring they have all the identification they need, providing education, and helping them find a job. On top of all that, they help their clients with the basic needs that they might not have learned growing up – like how to manage a budget. These are all necessary skills and needs that a person needs in order to survive in America.

Let’s Work Together Towards Affordable Housing for All

Housing prices are set by the Department of Local Affairs, and currently the standard for a one bedroom is $958. If an ex-offender is able to find and keep a minimum wage job they would make $8.23 per hour, while actually living wage for one adult is $11.61. If that person is working full time (2080 hours per year) they will make $17,188.40 and their rent would be $11,496 meaning they have $5,692.40 left over to pay for food, medical expenses, transportation, taxes, and all other living expenses.

This is a reason why many ex-offenders put themselves in vulnerable positions turning to unsafe housing. Other challenges they face include no credit card, id theft (which is very common), age, and the list continues. By starting with supportive and affordable housing programs, organizations like the ones above are tackling one of the most challenging components of reentry head on. Housing is a necessity and many put themselves in a dangerous position finding it.

There are hundreds of stories about what it’s like to enter back into the world after offenders have been in prison, and the majority are difficult journeys. Here are just two from  ThinkProgress. Organizations like the ones who participated in the Housing Colorado panel are integral in order to help ex-offenders, but there are many more out there. It has been said that “housing is the first wrung on the latter out of poverty.” This applies to people trapped in the hopeless cycle of incarceration as well. In 2017, we need to work towards creating housing for all, no exceptions. 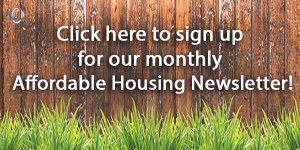 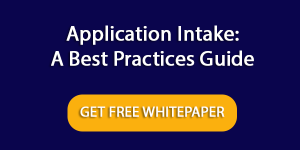